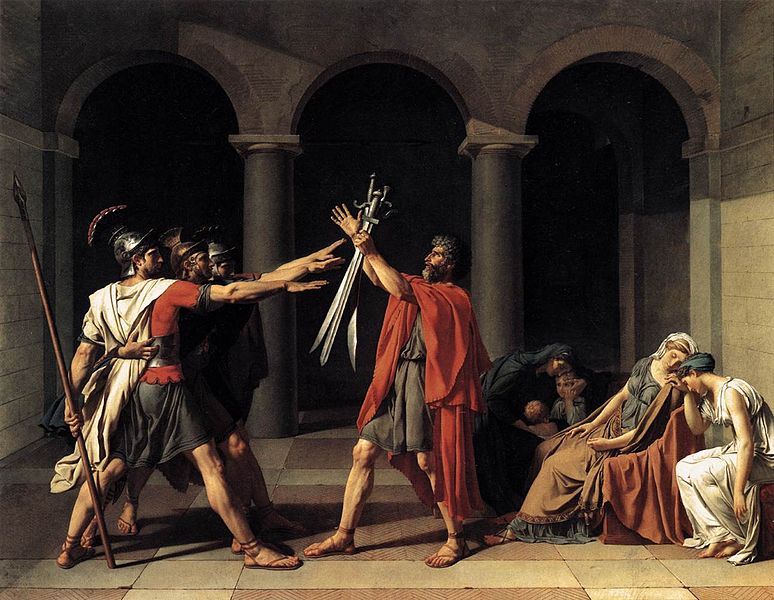 Experienced lawyers who approach their first examination under oath as they would a discovery deposition typically find themselves in for a sudden shock. In such cases, the attorney representing the insured may find himself less than prepared to present his client for questioning; and similarly, the attorney representing the insurer may find herself uncertain of the scope and depth of the insurers‘ right to examine its insured.

While property insurance policies differ somewhat amongst insurers, most policy forms provide the insurer with a right to demand the „examination under oath“ („EUO“) of its insured, and a right to demand records and documents in support of the presented claim.

After a loss to which this insurance may apply, you shall see that the following duties are performed:

As often as we reasonably require:

Provide us with records and documents we request and permit us to make copies;
submit to examinations under oath and subscribe the same;

Simply, an EUO is a formal proceeding during which an insured, while under oath, and typically in the presence of a court reporter, is questioned by a representative of the insurer regarding the presented claim.

IMPACT OF THE INSURED’S FAILURE TO COMPLY

Moreover, the insurer need not show prejudice from the insured’s refusal to comply so long as the refusal resulted in an unreasonable delay. U.S. Fidelity & Guar. Co. v. Wigginton., 964 F.2d 487 (5th cir. 1992). Even a belated offer by the insured to comply with a demand for an EUO may not excuse its breach if, as a result of the delay, information is difficult to recall or evidence is destroyed. Watson v. National Sur. Corp. of Chicago, IL, 468 N.W.2d 448 (Iowa 1991).

Further, if an insured makes its first offer to comply with an insurer’s demand for an EUO while the case is on appeal, such an offer may likely be viewed as insufficient to constitute reasonable compliance and will not likely excuse the earlier breach. Pervis v. State Farm, 901 F.2d 944 (11th Cir. 1990), cert den. 498 U.S. 899 (1990).

A FORMAL „DEMAND“ IS REQUIRED

An insurer’s „demand“ for an EUO is generally a condition precedent to the insureds‘ obligation to comply. The demand must designate the time and location of the EUO, as well as the identity of the individual conducting the exam. (See Weber v. General Accident Fire & Life Assurance Corp., 10 Ohio App.3d 305, 462 N.E.2d 422 (1983) and Huggins v. Hartford Ins. Co., 650 F.Supp. 38 (E.D.NC. 1986). In addition, an EUO should be held within a reasonable distance from the insured’s home.

The Weber Court also held that notice must be sent not just to the insured’s attorney, but also to the insured. Failure to comply with these notice provisions may result in the insurer’s waiver of its defense that the insured failed to submit to an EUO. 462 N.E.2d at 424.

WHO THE INSURER MAY DEMAND FOR AN EXAM

In State Farm Fire & Casualty Ins. Co. v. Miceli, 164 Ill.App.3d 874, 115 Ill.Dec. 832, 518 N.E.2d 357, at 363 (1987), the Illinois Appellate Court (1st Dist.) held that a duty to demand an EUO applied only to named insureds and not their children, even though coverage extended to them. In apparent response to the Court’s holding in Miceli, many insurers have modified their policy language with respect to their right to demand an EUO. The modified policy language typically provides:

After a loss to which this insurance may apply you shall see that the following duties are performed:

As often as we reasonably require, submit to and subscribe, while not in the presence of any other insured…, examinations under oath; and produce employees, members of the insured’s household or others for examination under oath to the extent it is within the insured’s power to do so…(emphasis provided).

During an EUO, all questions considered material and relevant to the claim must be answered by the insured. The refusal of an insured to answer such questions, whether under advice of an attorney or not, may result in a legitimate denial of the claim.

While Courts have given broad scope to what an EUO may encompass, (See Passero v. Allstate Ins. Co., 196 Ill.App.3d 602, 143 Ill.Dec. 449, 554 N.E.2d 384, at 387 (1990)), the scope has been limited to whatever is material. Thus, the EUO may include anything considered material for the purpose of determining the insurer’s liability to a claim, and may include anything that reasonably allows the insurer to protect itself from false claims. (See Passero, 554 N.E.2d at 388).

For example, in a case of suspected arson, the insurer generally may question the insured on matters relating to the insured’s financial condition in an effort to establish whether a motive for arson existed. Accordingly, in Gipps Brewing v. Central Manufacturers, 147 F.2d 6 (1945), the Court allowed a „searching exam“ of the insured where the insurer had a reasonable basis for suspecting fraud by the insured.

Unlike depositions, the insurer may be allowed several „bites at the apple“. Thus, as noted previously, the policy language in many property policies provide that an insurer may exam its insured „as often as we reasonably require“.

Thus, if prior to reaching a coverage decision, and subsequent to an EUO, the insurer uncovers additional facts which reasonably require further questioning of the insured, another demand for the insured’s exam may by considered appropriate if the contract provides accordingly. Note, however, that the Court in Watson, 468 N.W.2d 448 (1991), held that the insured does not breach the policy where it has substantially complied with the insurer’s demand for an EUO.

It is also interesting to note that if suit is later filed respecting the presented claim, the insurer will, in accordance with the Code of Civil Procedure, likely be allowed an opportunity to also depose the insured.

Generally the insurer, in addition to a demand for an EUO, will demand that the insured produce certain documents to assist in substantiating their claim. Refusal to comply with the demand to produce the requested documents, if material and relevant to the insurer’s investigation, will likely result in a legitimate basis for denial of the claim.

An insurer’s right to examine its insured is a privilege which may inadvertently be waived by the insurer. For example, a waiver of the right to examine the insured may occur by the insurer accepting or denying liability for a claim prior to demanding an EUO. Thus, rights under the policy may be lost by waiver or estoppel where the conduct of an insurer induces the insured to believe that he need not comply with certain policy provisions or that such provisions will not be enforced. Downing v. Wolverine Insurance Co., 62 Ill.App.2d 305, 210 N.E.2d 603, at 606 (2nd Dist. 1965).

In fact, the Court in Gipps Brewing, 147 F.2d 6 (1945), held that policy provisions which state that no waiver can occur without the waiver being in writing, may still be waived by the conduct of the insurer.

Accordingly, it is not uncommon for an insurer to request the insured’s execution of a „non-waiver agreement“, i.e., a mutual agreement acknowledging that no rights of either party are being waived. Needless to say, many insureds, particularly those suspected of fraud, will not readily agree to sign a non-waiver agreement. In such cases the insurer will typically issue a reservation of rights letter to the insured which will, for all intents and purposes, unilaterally accomplish the same goal.

Typically, an attorney is retained to represent the insurer and will make the demand and conduct the exam. In many cases, the insured will likewise retain legal counsel who, needless to say, will request to be present during the proceeding.

Courts have held that while an insured has a right to have its own attorney present at any EUO, the insured’s attorney can not participate in the EUO. (see Hart v. Mechanics & Traders Ins. Co., 46 F.Supp. 166 (1942) and Shelter Ins. Co. v. Spence, 656 S.W.2d 36 (Tenn App. 1983)). Also, it is important to mention that denial of an insured’s right to legal representation may bar the insurer from denying a claim on the basis of the insured’s failure to comply with its demand for an EUO.

INSURED’S RIGHT TO SEEK PROTECTION UNDER THE 5TH AMENDMENT

In Floyd Baldwin v. Bankers & Shippers Ins. Co., 222 F2d. 963 (1955), the Court held that, so long as the request was material to the examination, an insured must reveal its tax records even if it might subject the insured to possible criminal prosecution. Furthermore, in Pervis, 901 F2d. 944 at 946-7, footnote 4 (11th Cir. 1990) the Court stated that whether or not the insurer knew of and cooperated with the prosecution of the insured, the insurer was still entitled under the contract to seek a sworn statement from the insured.

Suit Against Us. No action shall be brought against us unless there has been compliance with the policy provisions.

An examination under oath, effectively conducted, is a useful and expedient method for assisting the insurer in reaching a wise and fair coverage decision respecting a claim; and, it also provides an opportunity to the insured to explain, at length, the circumstances of the loss, and provides the insured an opportunity to substantiate the value and its interest in the property claimed.

Rick Hammond is a partner in the Chicago law firm of Chuhak & Tecson. He concentrates his practice on first-party insurance coverage matters and on insurance fraud investigation and litigation. He is on the Board and faculty of the Insurance School of Chicago and is Chair of the Insurance Law Section Counsel for the Illinois State Bar Association.